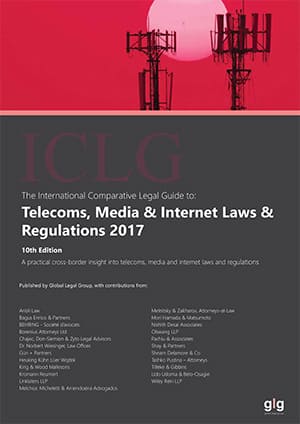 In the market of terrestrial television, in addition to the public broadcasting group (so-called Taiwan Broadcasting System, including CTS and PTS), there are three other stations (TTV, CTV and FTV). In the cable TV market, there are 62 system operators and three programme transmission systems, and most of the system operators belong to the five major multi-system operators (Kbro, CNS, TBC, TFN and TOP), acquiring 70% of market shares. There are a few direct broadcasting satellite operators, but they cannot compete at all with the cable market. In the programme channel market, there have been 298 landing licences issued as of 31 March 2016; however, only about half of them are available on the cable system, analogue or digital, which most viewers are watching today. Foreign investment, either direct or indirect, is subject to legal restrictions on cable and channel providers.

The major modes of internet access service are ADSL, FTTx and cable modem. Chunghwa Telecom is the largest provider of ADSL/ FTTx and acquires about 70% of the market share; the leading cable modem operators are Kbro and CNS, acquiring about 20% of the market share. In the mobile market, an official statistic suggests that at the end of 2014, 2G, 3G and 4G services had a total of 29,328,000 users. The penetration of 3G service had been growing fast, with almost 25 million subscribers, until the obvious rise of 4G LTE services in 2015 while the WiMAX available for Wireless Broadband Access License officially closed operation in the end of 2015 with a few thousand subscribers. 4G LTE licences for mobile broadband services in the frequency bands of 700MHz, 900MHz and 1800MHz were released by auction in the fourth quarter of 2013. Six operators – Chunghwa Telecom, Taiwan Mobile, FarEasTone, Asia Pacific Telecom, Ambit Microsystems Corporation and Taiwan Star – won the bids and since the first three major incumbents launched new 4G LTE services in June 2014 the 4G market has been in fierce competition. There were 3.45 million subscribers to the LTE-Advance service until the end of 2014, and the number continues to grow – by end of 2015, the penetration rate of 4G LTE in the mobile broadband market has reached 60%. The monthly data transmission for a 4G user amounts to 9.3GB on average. This is all thanks to the National Communications Commission’s aggressive number portability policy and the “all-you-can-eat” fee plan heavily marketed by the operators.